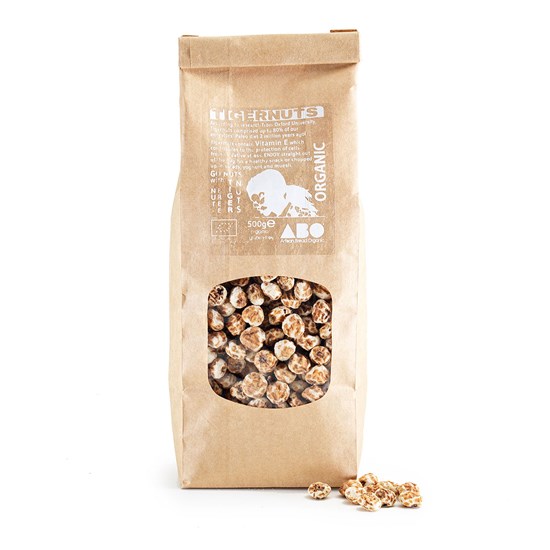 Place your mouse over this image

The Tigernut (cyperus sculentus lativum) or 'Chufa' as it is known in Spanish, is not actually a nut, but a small tuber. It was first discovered 4000 years ago and comes in several sizes.

Tigernuts can be regarded as the world´s first superfood as they were what our ancestors used to eat thousands of years ago. Moreover, according to research from Oxford University they comprised up to 80% of our Paleo ancestors’ diet around 2 million years ago. Now Tigernuts have made a great comeback as one of the healthiest foodstuffs on the market. (Information provided by Tigernut Traders)

Tigernuts contain Vitamin E which contributes to the protection of cells from oxidative stress. ENJOY straight out of the bag for a healthy snack or chopped up in salads, yoghurt and muesli.

We use cookies to provide you with a better service. Carry on browsing if you're happy with this, or find out how to managecookies.